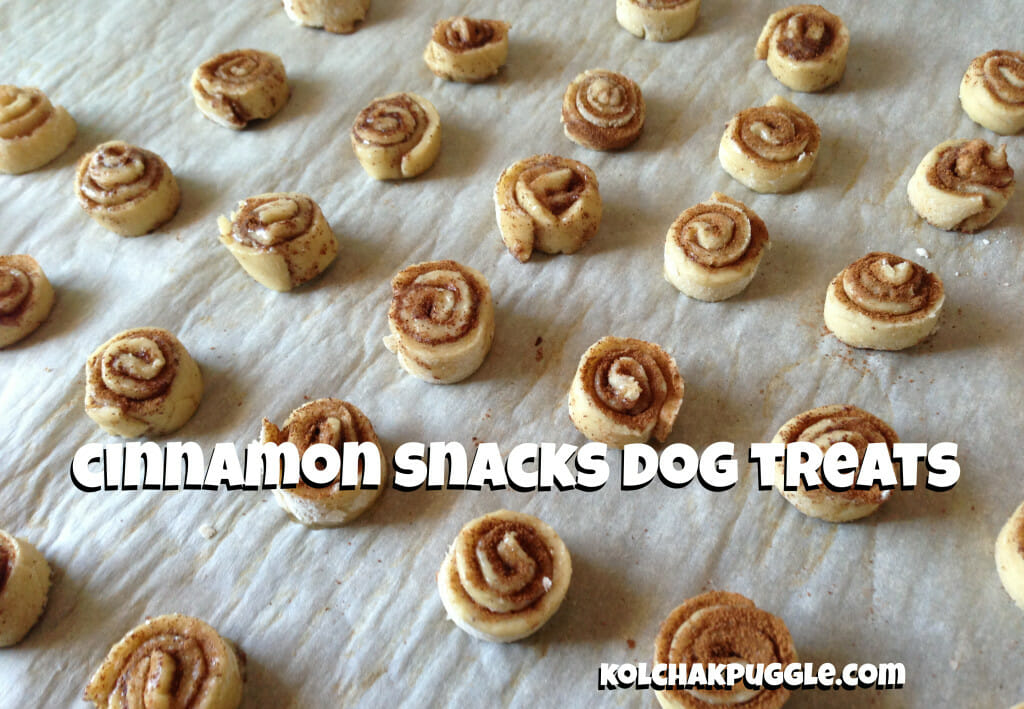 Can I just start by saying that only a crazy person hand rolls a hundred or so dime sized cinnamon buns for their dog?

It started as such a cute idea. “I’ll make bite sized cinnamon roll treats”, I said. Kind of like Cinnabon cereal, only kind of healthy and not so full of sugar and crap. “And then Kol and I will frolic in the meadow and he’ll sleep in and behave himself all the time and I’ll win the lotto and lose 30 lbs!” Clearly, I’m delusional.

Somewhere between slicing the dough into 1/4″ strips and rolling them one by one by one, I realized what a lunatic idea it was and came up with an easier way that taste quite good, despite what is lacking in the aesthetics department.

Mash banana into a goopy mess. Whisk in egg, honey, yogurt and oil. Add flours slowly, in equal parts until it forms a stiff dough.

Whisk together the egg & honey for the topping.

Roll out dough to approx. 1/8" thick and slice dough into 1/4" x 4" strips. Brush with the egg/honey mixture and dust liberally with cinnamon. Roll dough strip into a teensy tinesy cinnamon bun. Place on baking sheet. Repeat until you feel like you've lost feelings on your hand.

Roll out dough to approx. 1/4" thick. Slice dough into 1/2" - 1" wide x 4" strips. Brush with the egg/honey mixture and dust liberally with cinnamon. Place on a baking sheet.

Place treats in the oven and bake for 12 - 15 minutes or until the bottoms are golden brown. Reduce the heat to 150F and bake for 2 - 4 hours until treats are crunchy and dry all the way through. (You can also do this in your counter top dehydrator, if you don't want to leave your oven on in this summer heat!)

The Cinnamon Sticks sure aren’t as pretty as those itty baby cinnamon buns, but the dogs don’t seem to care. 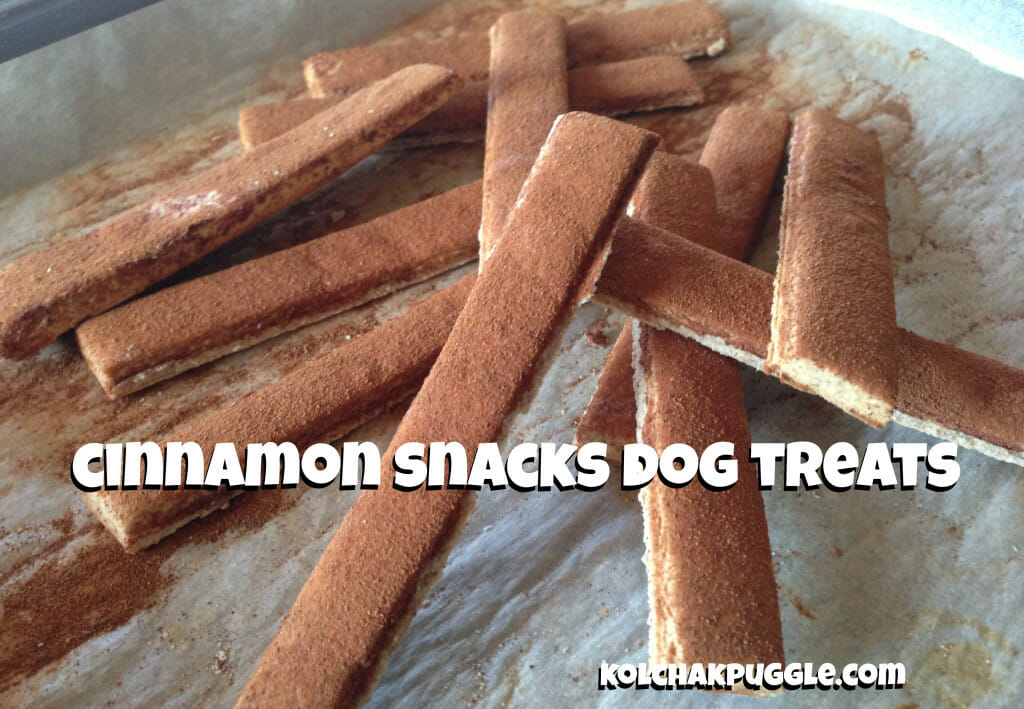 They’re loving the spicy cinnamon treats. I tasted one and they’re a tad bland for me, plus Kol gets super cranky when he catches me sampling the merchandise, so I’ll probably stick to the real ooey, gooey sugar laden buns for myself. It’s nice to be able to share one of my favourite things (or a version of it, anyways) with my two favourite guys.

To join in, follow your hosts, Kol’s Notes & Sugar the Golden Retriever, grab the badge from our Tasty Tuesday page and add your link to this week’s hop!

Have you tried dental floss or thread? That's what I use for people cinnamon buns and it works great!!! Just roll out the dough into a rectangle and roll it up the long side when ready. Slide the floss under the end and cross overtop and pull across. VOILA! A beautifully cut cookie :)

I'll be laughing all day about rolling all those little rolls... ;-)

What can I say? I'm a glutton for punishment! Would you believe I still have every intention of adding them to my retail dog treat menu??

These are so cute! I bet they taste wonderful. We will have to try them!