So, I had a whole real post planned for today, but instead of finishing the editing and making some fun images to go with it, I’ve been shopping on eBay for like three hours.

Three hours ago, if anyone had asked me how long I have been a crazy dog lady, I would have confidently answered seven years. Seven years, five month, ten days and nine hours (give or take). That was when Felix jumped out of this little airline kennel, kissed me on my nose and stole my heart.

I was dead wrong. Turns out that I have been totally, completely over the moon in love with puppies long before Fe ever batted his sweet eyes at me. The proof is in my favourite childhood toys: 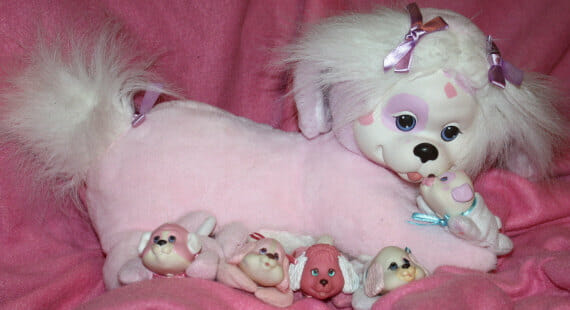 Like a month ago, we were talking about these totally awesome toys on Facebook.* (Kol’s Note: Not everyone thought they were awesome. Maybe just Mama.) Puppy Surprise were these stuffed dogs where you could unvelcro their bellies and pull out a surprise number of puppies. Hmmm…now that I think of it, it’s kind of macabre. Kind of like a DIY Canine C-Section kit…grown ups have the weirdest ideas for kid’s toys, don’t they?

So, turns out these Puppy Surprise toys are like $60 on eBay now and even though I will spend  A LOT for nostalgia sake, that woofing nuts.

But the great (? or awful, maybe?) thing about eBay is that they have these “related links” at the bottom of each posting and checking out Puppy Surprise toys led me down the rabbit hole of vintage toys and I realized just how many of my childhood toys were dogs. 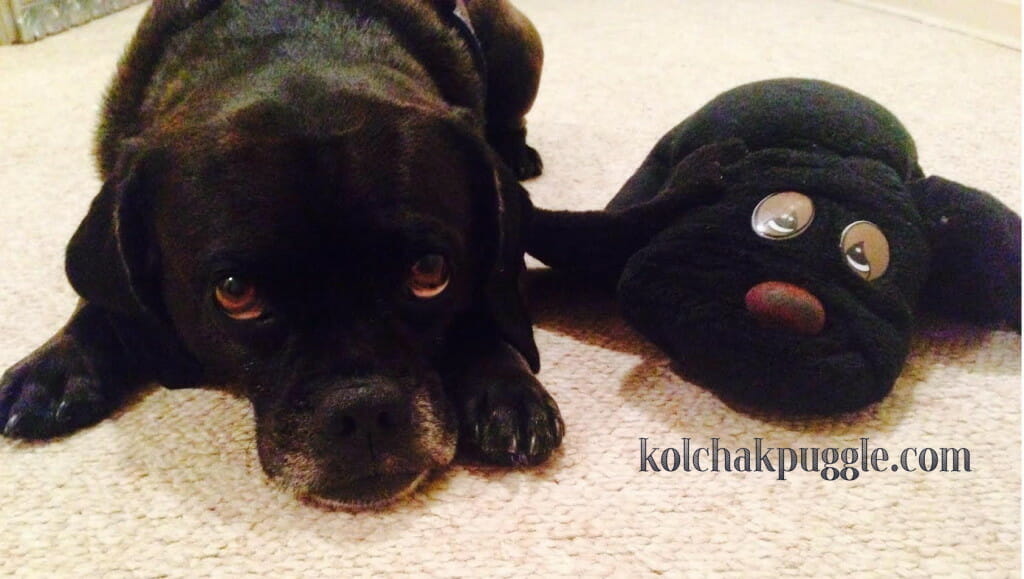 You guys, I loved these adorable “rescued” toys so much that more than a decade later, when I chose my own puppy, I inadvertantly chose one exactly alike my old Pound Puppy toy. I didn’t even realize the connection until a few years ago when I found the toy in an old box. The resemblance is uncanny, isn’t it??

Exhibit C: Every toy set HAD to have a puppy 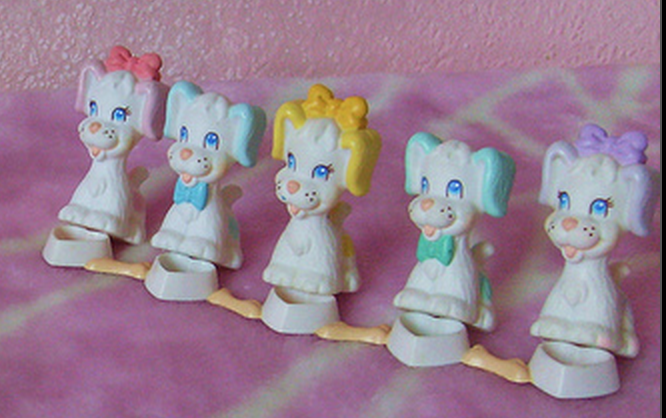 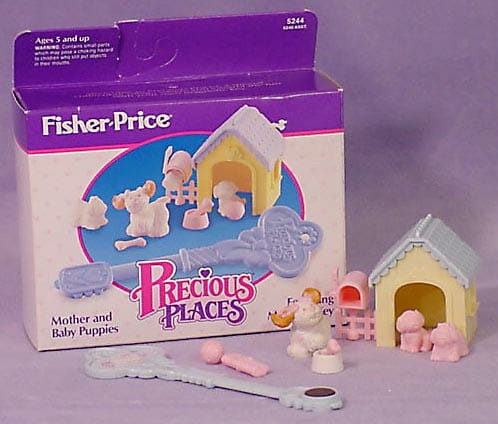 I didn’t care is it was the Quints puppy set, my Precious Places Village with the dog house, a whole slew of Littlest Pet Shop stuff or that awesomely smug faced little dog that came with the Little People, I was DOG CRAZY.

I can’t be the only one.  Did you have childhood toys that prove you’re totally dog crazy?

Maybe an original Slinky Dog, a wooden pull toy or one of the first “robot” dogs? What toy was your favourite? Do you still have it??

I really appreciate this post. I have been looking everywhere for this! Thank goodness I found it on Bing. You have made my day! Thx again! cfgedebcgbedkgab

OMD - my sister had Pound Puppies coming out the wazoo. Until the doc said she had asthma and needed to get rid of her stuffed animals. That was a very sad time.

They're making a come back! Apparently, there's an all new cartoon. They were so great and I really do LOVE the message they send.

Fun! Three hours is a long time, but that's a lot of cute stuff. My crazy dog kid's toy is the Baxter stuffed dog. I still have the one that I got when I was 10 years old and I saw one on ebay selling for over $20. Last year, I found one at a garage sale for just a dollar.

I also looked at a ton of stuff that *wasn't* dog related, but that all seemed a little out of place in the post. LOL

People have no idea what their old stuff is worth! Did you buy it?