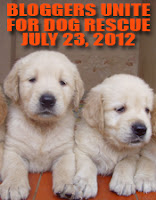 This post is a part of the Bloggers Unite for Dog Rescue event hosted by Be the Change 4 Animals, Blog Catalogue, Dog Rescue Success and YOU! The objective is to promote dog rescue as a fabulous way to save a life and get a furry best friend all at the same time!

We all have one of those friends who is a bit of a Debbie Downer.


A friend with a Facebook wall full of pictures of dogs in horrific conditions. Stories of terrible abuses. Post after post or e-mail after email of dogs that are running out of time at shelters all over the country. It’s like a digital version of that awful SPCA commercial. You know the one I mean.

I know what they’re trying to do. I do. They just want to help.


I’m absolutely not knocking what they’re trying to do, I admire that they can look at that stuff day n and day out and stick with it. I know it’s the reality of rescue, but for me? That message, that image, of pure suffering doesn’t work. I know things are bad, but like a dog who’s had an accident in the house, you’re not going to get anywhere by rubbing my nose in it.

I choose not to focus on the problem. Let’s be part of the solution.

It’s hard not to get sucked into that place. I know that when I see one of those sad, awful stories, I want to help. Often, I don’t know what else can do and sharing the story seems like the only thing we can do. The thing is that we’re never going to reach the larger population that way. It’s one of those times where I really feel like we’re preaching to the choir and the more we share these awful, sad stores, the more the average person who isn’t involved in rescue can think of it as “white noise”. No one wants to focus on things that make them cry. Besides that, as all too common as those horror stories are, they’re not the whole story. There are a TON of shelter pets that weren’t abused, weren’t maimed and aren’t broken.

By showing the public only those worst case scenarios, we’re kind of putting our worst foot forward.


Those of us in the know, know that those stories are just a small part of the rescue equation, but for those who aren’t one of us, imagine how intimidating it would be to even think about going to a shelter and risk being faced with kennel after kennel after kennel of horror stories. I wouldn’t want to go. It would break my heart.

The good news is that while most shelters aren’t as much fun as a trip to Disneyland, they’re not quite that bleak either. Let’s share the reality of most shelters: these are buildings full of really awesome, adoptable pets that have absolutely nothing wrong with them.


So, how can you promote shelter animals in a positive light?


Most rescues are run entirely by volunteers and almost all of them are chronically short staffed. They don’t always have the resources to really ROCK their social media. I know for some rescues, simply getting their pets up on Petfnder is a MAJOR accomplishment. You can do an amazing job for your local shelter, simply by promoting them and their pets.

Social Media Spotlight. I’m always surprised by the number of rescue groups that don’t have a social media presence. Can you help? Try contacting your local shelter and offering to manage or co-ordinate a group to manage a positive social media strategy. Want an example of a shelter really rocking their social media? Check out the Andalusia Animal Shelter: 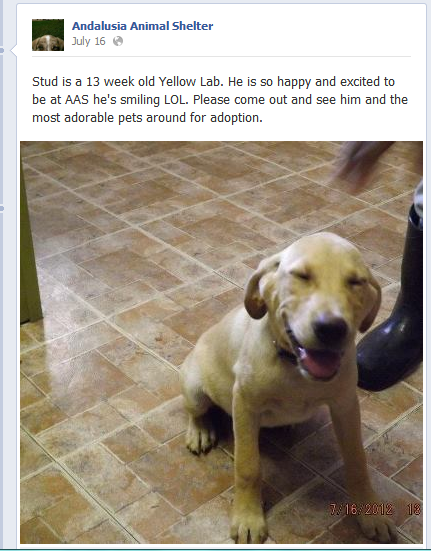 You don’t even have to volunteer for the shelter to share a dog’s photo and add a great caption. Anyone with a Facebook wall, a Pinterest board or a Twitter feed can do it.

Laugh it Up Chuckles! Who doesn’t want to share a cute photo of a dog that makes you laugh? Everyone does. icanhasacheeseburger.com is wildly popular. Imagine how much good we could do if those photos that get shared and pinned and posted all over the internet actually featured adoptable dogs? 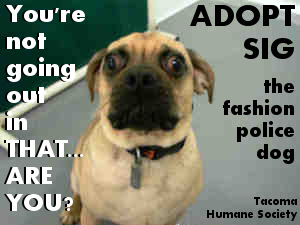 Share Success Stories! Some of the best stories we can share are success stories, because it shows people that may not have considered a shelter pet that Rescue Dogs Rock! Work with your local shelter to contact folks a few months after their adoption for an update and current photo. People love reading about happy endings. Want a feel good story? Check out this “I’m crying-’cause-I’m-happy” post from the Lucky Dog Rescue. 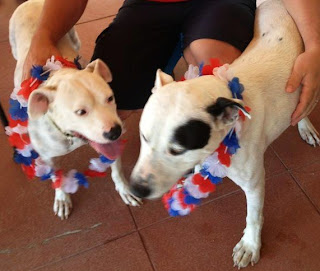 Help friends make good choices. Giving people grief when they say they’re looking for a puppy is not going to make you any friends. Want to help promote shelter pets without looking judgmental and critical? Consider asking what kind of puppy they’re looking for, then use Petfinder to compile a list of adoptable dogs at local shelters. A lot of folks just don’t realize that you can even get puppies from a rescue. The same is true for friends looking for a purebred. Put them in touch with the local purebred rescue. You never know, maybe you’ll help change their mind about shelter pets! 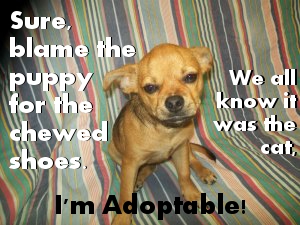 Highlight the great things people are already doing. Share pictures of volunteers that look like they’re having FUN! Share pictures of even small donations. People don’t realize that for a small rescue, a single bag of food or a bottle of bleach makes a difference. 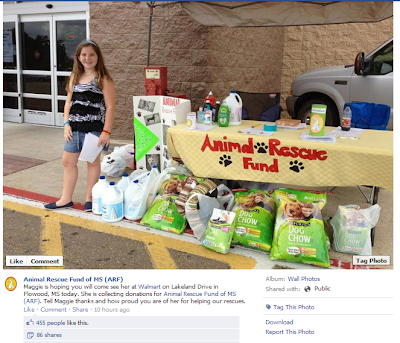 What positive happy ways can you think of to help your local shelter get the word out that Rescue Pets ROCK?
What kind of posts would make you WANT to share them? How can we help? I can’t wait to hear your ideas.

Want to get involved? You don’t have to be a blogger to join us! Share a message on Facebook, Twitter, Pinterest, Google + or even locally at home telling folks why you think adoptable pets are absolutely amazing.
All posts are the property of Kolchak’s Kitchen and Kolchak Puggle/Jodi Chick. Please ask before reposting content. All reposts must link back to our site. Thank you!
Click here to cancel reply.