So the Westminster was a big deal, eh?

I know, I know, you guys. I’m like a day late and a dollar short here. What can I say? I was busy and I kinda forgot it was on. At least my PVR is on it’s game and I was able to watch the whole thing back at my leisure.

While the Wire Fox Terrier took the big title, I totally think the Corgi was robbed. ROBBED I SAY! (Let’s keep in mind that I am nowhere near fancy enough to run in show circles and therefore, I really have no idea who, if anyone was robbed. I just thought the corgi was jaunty.)

Once upon a time, I totally wanted a show dog.

In my  dreams, I was going to have this rocking show beagle and he would be a SUPERSTAR in the ring. Life has a funny way of denying you what you want and instead giving you what you need. I’ve attended a few shows over the past few years and no way do I have what it takes. Koly is a much better fit. I mean, really, could I ask for more than a dog who wants to taste all my creations and keep my feet warm while I work at my craft table? Heck no!

I’m also the kind of person who is always curious about what other people have in their purse 😉 I love this tutorial from Corgipants on how to make your own dog show survival kit. Even if you don’t have a show dog, I would venture to say that a lot of this stuff would come in handy no matter what you and your dog like to do. In fact, I have most of it in my own dog bag. 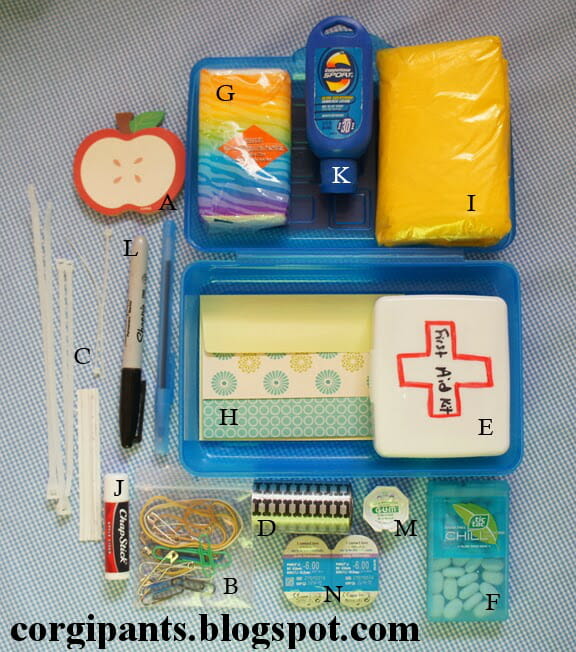 Head over to Corgipants to see the full post and all Jenna’s tips to make your show go smooth.

What would you put in your survival kit?

I think you might need that kit to survive attending a show, not even being a part of one! Westminster seems pretty intense!

We are not show dogs either but we do take our dogs on trips. Thanks for linking the list ... I am using it to refurbish our dog survival kit.

Awesome, thanks for linking! You are entirely correct, most of these are things that would be handy to have in the car at all times. :)

Some kind of candy. I get bored sitting around. :-)