Once upon a time, quite recently and terribly close to here, there lived a woman.

The woman’s tale is familiar. We’ve told it here before and it’s told all over the world, in countless bedrooms every night. When we last left our protagonist, she was clinging to what little of her spot on the bed was left. 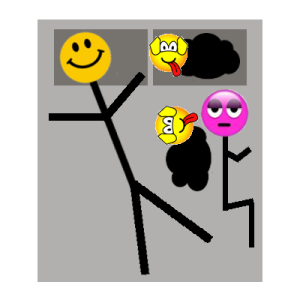 “I’m not sure why I have to share my half of the bed with both dogs…it doesn’t seem fair.”

Resigned to her fate, she slept night after night, hanging onto her spot by just a thread.

Then, one day, she had an epiphany – she’d get her own pillow! 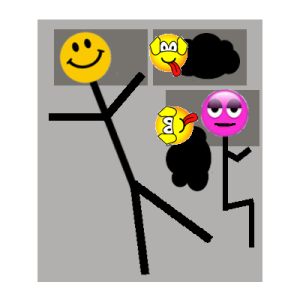 “Why did I think of this years ago? I love the woof out of this pillow.”

And then, just as she had accepted that she may never get a full night of sleep again, the unthinkable happened.

Cousin Lu came for a sleep over. Since the early days when Lu was just a whirling dervish of energy and bad behavior, he’s had to sleep in his little Pig Pen when he slept over. (So named for he ridiculous snorty, piggy snoring.) The benefits of kenneling him were unlimited: no chewing, potty accidents, less chance of losing him in the house and best of all, more space on the bed.

From the beginning, the Daddy was opposed to the Pig Pen. He wanted a Ludy in the bed. Much like when the Felix was newly adopted, the Daddy pretended to play by her rules, but then…as soon as she dozed out, out came the puppy. There were now three dogs all up in the bed. 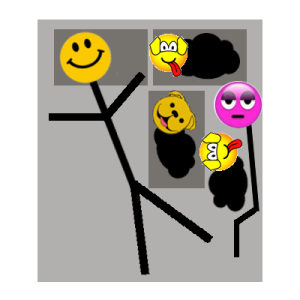 “Why are we all sharing MY side of the bed? Seriously?!”

Felix and I are with the Mama on this one. We don’t much care for a Lu in the bed either.

The initial days of bed sharing were dodgy, at best. To the Mama it seemed like we were always grumping at each other for getting to close. We all want to snuggle Mama, but we sure as woof don’t want to snuggle anyone else!

Over time though, sleeping became more of a time for rest and less of a survival sport. Felix decreed he would NOT share his pillow and somehow, the Mama was pillow-less, once again. To add insult to injury, she would often wake up to this: 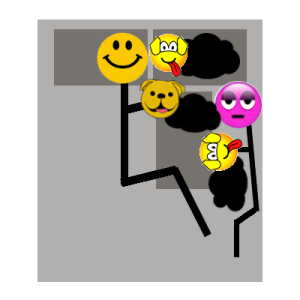 “Oh heyyyy! It’s a faceful of dog butt. I guess I should be glad you’re not gassy.”

At this stage, I don’t think Luda’s going anywhere, but we’ve got to find a way for the Mama get some sleep.

Daddy thinks the idea of Mama’s long dreamed of “double queen” bed is nothing short of lunacy. He’s rejected the thought of banishing all dogs from the bed. (Apparently, the Mama will be banished first.) In a moment of desperation, Mama even slept on the couch once.

It was fabulous…for about half an hour, then all us dogs came to keep her company. The only thing less comfortable than sharing half a queen bed with three dogs is sharing a sofa with them.

Poor, poor sleep deprived Mama. This is one fight she’s not going to win. Perhaps that dog bed on the floor isn’t looking so bad after all. 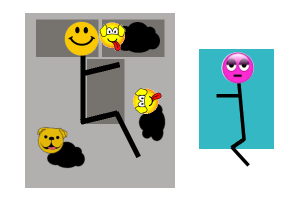 Does Your Dog Hurt Your Feelings?

Does Your Dog Hurt Your Feelings? - Something Wagging This Way Comes

Does Your Dog Hurt Your Feelings? | Something Wagging This Way Comes

[...] you’re not familiar with our ongoing Bedtime Fairytale, you might want to check out Part I, Part II, Part III and Part [...]