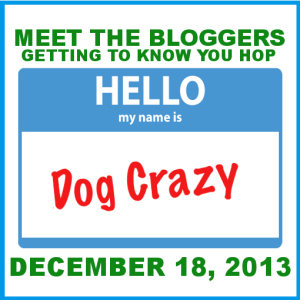 I Still Want More Puppies, No Dog About It,

Life With Desmond, Bringing Up Bella, Heart Like a Dog,

Ok folks, this is it: everything you never really wanted to know about your favourite pet bloggers.

All over the interwebz today, pet bloggers are spilling their guts, sharing their secrets and offering some never-seen-before behind the scenes looks at the people BEHIND the pups. I’ve already checked out a few of the posts and holy woof, you guys, this was a mistake.

There’s no turning back now though, so I say, if you can’t beat ’em, join ’em. We want you to join in too. If you’re a blogger, click here to read the hop guidelines, get the questions and the badge, then write a post of your own. If you’re not a blogger, I still want to meet you. Tell me a bit about yourself in the comments! 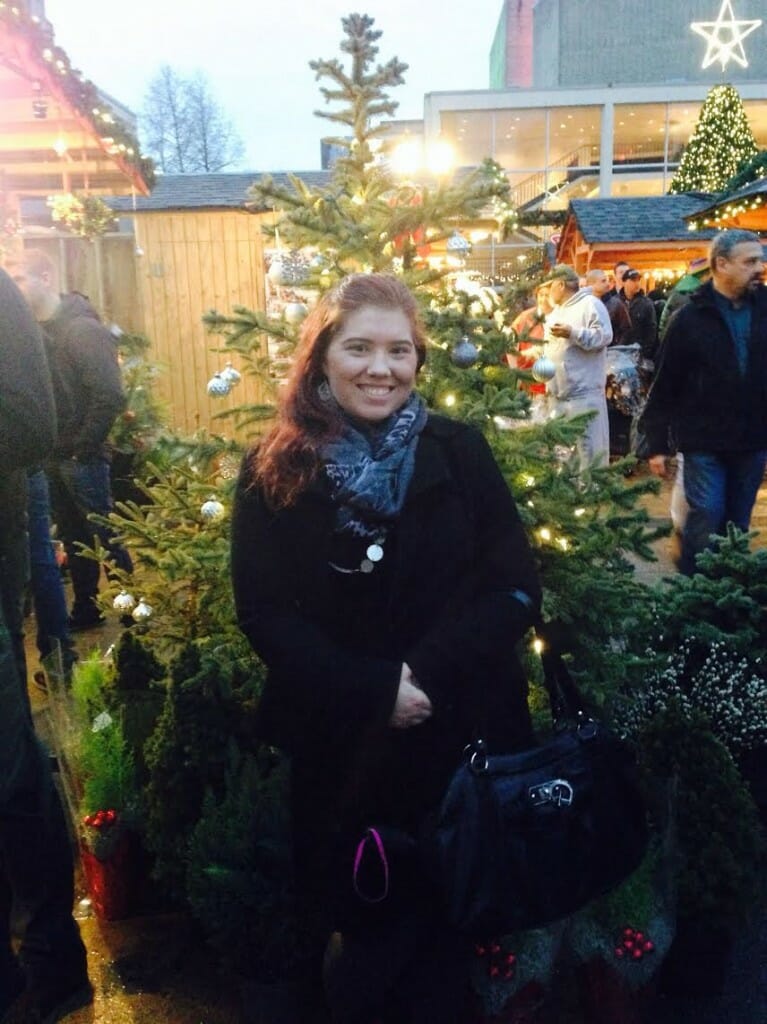 For those of you have have never seen me before, I know what you’re thinking: “That girl doesn’t look one iota like I was expecting.”  It’s cool. It’s cool. I get that all the woofing time. I dunno what people think I look like, but apparently, this is not it. (Maybe y’all can do me a solid and weave that into your comment somehow? You know, “I thought you were a 6 ft. tall supermodel with abs of steel and legs that go one forever.” Don’t hesitate to be really  flattering, OK?)

Once upon a time, I was a regular, non-dog crazy person. 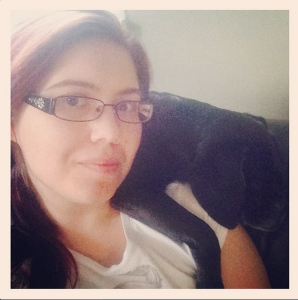 That was a long time ago. A long, long time ago. I’m pretty sure that girl (and anything “normal” about me) is long gone. Back then I read books, I went to the movies and I did stuff that had nothing to do with furry little beasts.

My favourite non dog book is Harry Potter. What can I say? Like Mother, like weird furry son. I totally struggled with this one though! I was that weird kid who always had a book in her hand and who was constantly slightly traumatized by the loss of her latest book crush. My Mom used to have to toss me out of doors and I would still find a way to read in the corner. (My fav tree had the perfect “book hiding” spot.) I have so many “favourite” book that I’m considering turning the dining room into a library. Who needs a kitchen table, right?! Did anyone else see all those “favourite book lists” that circulated Facebook a week or two ago? It took me two hours to agonize over mine…and if you asked me today, I’d probably pick 10 different books. I’m passionately embroiled in a life long love affair with the written word.

My favourite movie is um….uh… it’s… oh woof, I have no idea. I LOVE MOVIES and I actually love TV too. There was a time when I planned to make a career as an actress and I love everything about the process from the writing to the characters to the costuming and the sets! I enjoy all types of movies  – except those movies where babies and or dogs act like they can talk. I know this sounds totally hypocritical coming from someone whose dog often writes this blog, but they weird me out. There. I said it. I’m sorry, I’m not sorry. 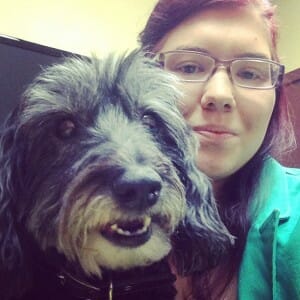 I’m pretty sure if you asked Koly and Fe to describe me in one word that they would both ring out with “faaaaaaabuuuulous!” Ha ha, just kidding. Have you met my dogs? Those little smart mouths would surely have something witty to say.

That fluffball Felix (who is nowhere near as sweet as y’all imagine he is. That boy has a good PR firm) would probably say annoying.  The one thing he does have going for him is that he’s absolutely as cute as he looks in his photos and I am forever trying to pick him up and squeeze him. He’s an independant little guy and it makes him crazy.

If my friends were to describe me in one word, I’m gonna say ridiculous. I’m a bit of a clown and I’ll do anything for a laugh. It’s not uncommon for my friends and I to be laughing so hard that a fluid of some sort shoots out someone’s nose. (That’s an attractive visual, I know.)

What do I do in my free time? What is this “free time” you speak of? It sounds like time where you have nothing to do. If that’s the case then I have no idea. I’ll let you know if it ever comes up. I’m incredibly driven and work a lot, but when I’m not working you can often find me playing board games, hanging out with friends and cooking human foods. (Shhhh! Don’t tell Koly, but I love cooking human foods.) 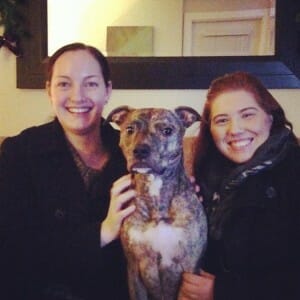 What drives you nuts about your pets? What melts your heart?

Kolchak is so strong willed and it makes me insane, mostly because *I* am so strong willed and I have no idea why he thinks he can challenge me! What the woof, Kolchak?! But, he absolutely melts my heart when he snuggles up around my neck. He’s being doing it since he was a tiny puppy and he actually fit around my neck. Having him there is probably crippling me, but it’s also giving me an immense sense of contentment and joy.

Felix, oh man Felix. Can I just say I love him so much it hurts my heart and he is legit the best dog ever, but you guys, he’s a bit of a dick. From doing things like taking one sip of water, deciding it’s not to his liking then flipping the bowl to taking his brother’s bully sticks to kicking me in the face as he tries to steal my pillow while I sleep, he makes me nuts. But he also gets me right in the feels as soon as he looks into my eyes. Those eyes!

Ahhhhhh! I feel like I’m at the Oscars and the band is playing me offf! I’m gonna throw in a few more answers really quick! My favourite holiday is Christmas! My favourite meal is my grandmother’s spaghetti and ceasar salad (with the raw eggs in the dressing, I don’t care how unsafe it is).  I feel fabulous when I dress up. I could be kinder to myself and indulge in a little down time. My favourite actors make me laugh and if I didn’t have dogs, I would totally want ferrets. Those little sucks are awesome.

Do you have questions?

Leave ’em in the comments and I’ll try to answer them OR even better, leave a comment telling me a little something about yourself. OK…GO!

Happy holidays to a spaghetti-loving, my-dog's-a-bit-of-a-dick supermodel. Rock on! :D

I'm with you on the baby/animal talkers, for sure. With a few rare exceptions! Great to know you better!

I'll always remember meeting you at BlogPaws 2012 at the nail salon, where you were having your nails painted forest green to match your business card. This is one cool chick, I thought, and I was right. Kudos to you for promoting dog and owner fitness. Much of ensuring pet health is expensive, but a walk around the block is free.

I absolutely adore this BlogHop. It has been so fun reading about other bloggers, especially you! I have to admit that talking babies and animals kind of weirds me out too. I can't handle those talking baby e-trade commercials. But your blog is hands down the best. I don't even realized Kol is a dog (and you probably don't want to tell him that).

I know that I have free time, but I want to fill it with blogging so I've had to force myself to do other things. This is one of the reasons why I plan in advance. I do wish I had an assistant though. Our a wife :)